The Infiniti EX has already been around for five years now and 2013 might be the last year it goes by that name. The EX37 replaces the EX35 for 2013 and as you can guess the V6 engine capacity has been upped from 3.5lt to 3.7lt.

It is Infiniti’s entry level crossover but in reality it is the most deceiving vehicle out there today. It is one of the most difficult vehicles to classify, as its characteristics set it apart from all potential competitors. It starts at $39.900 and comes loaded with all the standard gear you would expect in an Infiniti but our test vehicle was priced at $53,700 featuring the premium package, the journey package, the technology package and navigation. It sits higher up than the G37 and comes only with AWD but even though it looks like a crossover I really doubt it is one.

It cannot go off-road, at all, and does not have lots of space in the rear for kids, luggage, a dog or sports gear. It is not built for activities that involve getting it dirty or for putting it through the wringer. The beast under the hood that roars like a lion on steroids is the first clue for what this vehicle is all about.

These three words are the words to keep in mind when it comes to this Infiniti. The cabin showcases craftsmanship of vehicles that cost twice as much and the fit and finish leave me speechless. The appeal and warmth of the interior is simply five-star.

The exterior looks like a sporty hatchback, with the elongated hood and cabin pushed to the far back. It looks elegant, aggressive and exclusive but the styling might not work for everyone. You can tell it is an Infiniti within a split second as the front grille and headlamps give it away as a first degree relative to the G37 sedan.

On the road, it is civilized, luxurious and refined, lavish and particularly high tech, but at the same time if the driver’s adrenalin revs to the reds it can transform itself to a road raging monster. The thirsty 3.7lt V6 punches out 325BHP and 267lb-ft of torque and is combined with a 7-speed automatic gear box. The first 100km/h come in 6 seconds flat and the ¼ mile is completed in 14.75 seconds at 159km/h which is sports car territory. The independent double wishbone front suspension and multilink rear are responsible for the excellent dynamic ability and body control. Backed up by the rear biased ATTESA E-TS AWD system which has Skyline pedigree, the handling is simply superb. Too bad the steering complements the luxurious rather than the sport side of it. It is a bit light and it allows unwanted reactions to uneven road surfaces. The brakes bite hard and can bring the heavy body to a complete stop from 100km/h in just 41m (134.5ft). The brake pedal feels quite good as well and the ABS only kicks in when really needed.

So considering that it is the only GTi-crossover at this price point to offer such elegance and performance makes me wonder if there is anything out there it competes against. Any vehicle I can think of is either under powered, too soft, too big or much more expensive than this. It almost seems like the Infiniti EX37 is a lonesome player.

This is the 2013 BMW X1 xDrive35i, and the first thing you should know about it is that it starts at precisely $39,900 as well. It is BMW’s entry level crossover, but this is the top of the range 35i which comes with a turbo. It also comes with AWD, xDrive in fact, which is one of the best AWD systems around. It also comes with a 6 cylinder engine and it also has 5 doors. It is a bit smaller and lighter than the Infinity, yet it is more practical.

It does not look or feel as exclusive as the EX37 but on the road it will give it a run for its money. It can corner as fast as the EX37 and the steering is the sporty one the Infiniti is missing and at the same time the extra torque from the turbo makes it a bit quicker off the line. The rear seats are more usable and the trunk can potentially fit a stroller.

What it cannot do though is turn heads when you ease down and cruise with style through ritzy areas that are clearly more Infinity EX37 friendly. It does not offer the posh feeling every time your butt sinks in the leather seats and it cannot impress a valet so don’t expect to see it parked in the V.I.P. section right next to the EX37.

Despite the differences between the two, fate has brought them against each other as they are the only higher up GTi-crossovers out there. Look at them both and let your heart decide. My heart skipped a beat for the Infiniti EX37 but that does not put down the X1. 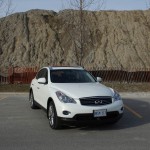 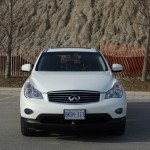 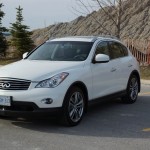 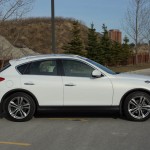 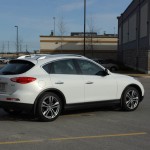 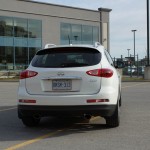 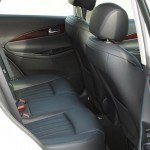 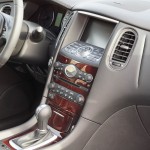 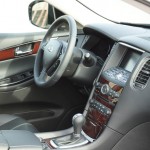 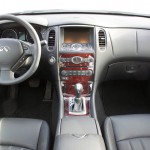 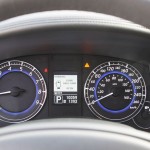 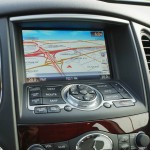 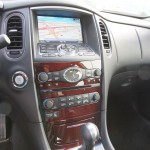 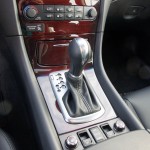 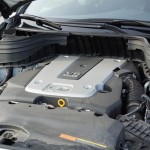 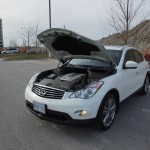 Not for you? Have a look here!
CUV