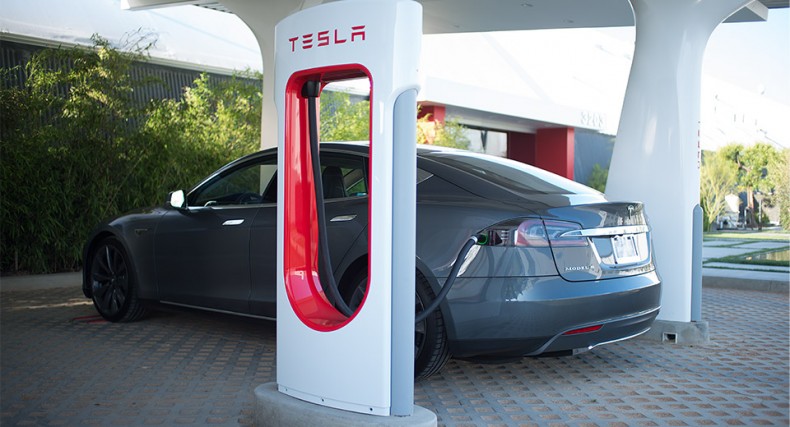 Tesla Motors, the California-based maker of the award-winning Model S electric sedan, has expanded its Supercharger network with the opening of Tesla’s first Supercharger in Canada.  Conveniently located along the Sea-to-Sky Highway, the Squamish Supercharger station supports trips between Vancouver and Whistler. It is also an integral component of Tesla’s West Coast route, allowing Model S owners to travel between San Diego, California and Whistler, BC, for free.

This is the first of several Superchargers we plan to open soon in British Columbia, supporting zero-emission road trips throughout the region.  Superchargers are designed for city to city travel, allowing Tesla Model S electric vehicle drivers to travel for about three hours, take a 20 to 30 minute break, and get back on the road charged up.

A ribbon cutting ceremony will take place at the new Squamish Supercharger. Dozens of Tesla owners and their cars will be in attendance.

Tesla Superchargers allow Model S owners to travel for free between cities along well-travelled highways in North America. The Tesla Supercharger is substantially more powerful than any charging technology to date, providing up to 120 kilowatts of power and replenishing half a charge in twenty minutes.

Supercharger stations are strategically placed to allow owners to drive from station to station with minimal stops. Stations are located near amenities like roadside diners and shopping centres so road trippers can stop for a quick meal and have their Model S charged by the time they’re done.

2015 Chevrolet Volt
Check this out