If it’s a large SUV you are after and it has to be a Honda, the Pilot is what you will end up with.

The second generation Pilot has been with us since 2008 but in 2012 was a guest star on it’s own nip-tuck episode. Since the facelift and through 2013 there are no significant changes made. Thus our test vehicle is a 2013 instead of a 2014.

Based on the Odyssey’s Platform it is a large SUV that sits on top of the CRV in the Honda line-up. It is immediately related with the Acura MDX as they share both platform and suspension layout but similarities stop somewhere there. 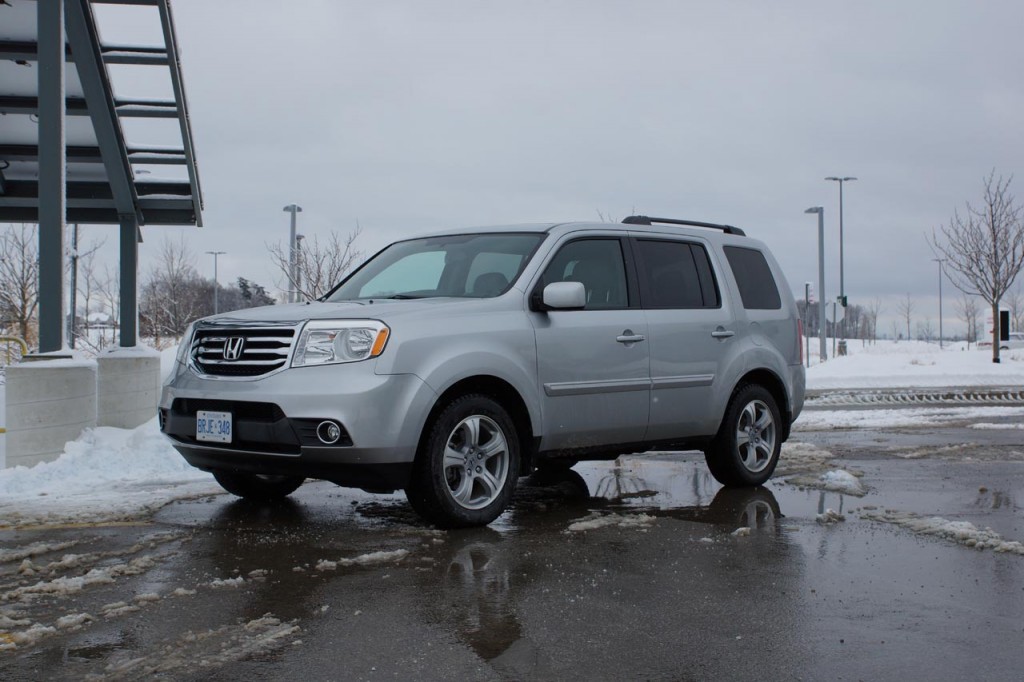 Visually, Honda went for the boxy look trying to imitate other established models but that obviously didn’t go to well for them. Not that it is ugly, but it’s not really pretty either. The boxy design does highlight the large size, which in order adds points to the presence of the vehicle. The square design did miracles for the interior space and cargo though, especially compared to the blood relative MDX.

Under the hood, there is only one engine option you can have but you can choose the number of wheels it will be sending power to, as FWD only is an option.

Equipment-wise you get most of the important stuff like a full set of driving aids and safety gear, leather seats with power adjustments and heated at the front, leather multifunctional steering wheel, a nice color LCD display, moonroof, cruise control, Bluetooth connectivity and rear-view camera. 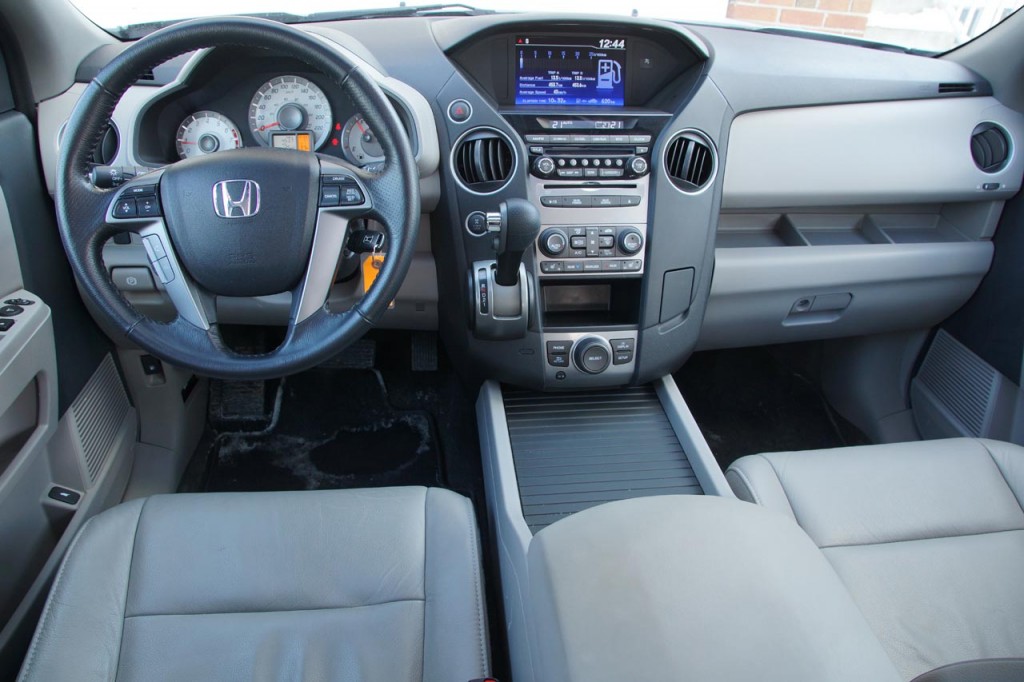 Space inside is probably the biggest advantage the Pilot has to offer. Passengers up front, enjoy ample space while the ones in the back can’t complain either. The third row gets a bit tight but still a full grown adult can sit without serious complaints. Three adults will not fit, thus out of the 8 total passengers one must be a kid. Cargo space is great with the third row stowed away but only adequate with all the seats up (589 – 2465L). Behind the wheel the Pilot feels more like a utility truck than a premium SUV that suits its more adventurous character. Hard plastics have been used for all interior trim panels hoping to make it feel durable. Ergonomically there is a minimal learning curve and overall the theme inside is perfectly described as “simplicity”.

On the road the Pilot feels more like a truck than an SUV. The utility looking dash and lifeless steering are primarily responsible for that, while other factors endorsing that feeling are the noisy suspension and wobbly chassis. You’d think that Honda was aiming to provide ultimate comfort levels so that is why the feeling is not the best, but somehow, despite the soft suspension, comfort levels are not impressive.

On the road, female drivers will like the light steering which makes it easy to manoeuvre around town, but on the highway and back roads it is a bland – border line boring – experience. Of course we are talking about an 8-seater here, but still, we got sole.

In all fairness though, the Pilot is capable around corners as the all-around independent suspension does work well, keeping the vehicle on track. It might not feel inspiring to push, but that does not mean that active safety suffers. God forbid, if an abrupt move is ever required, the pilot will do it just fine. 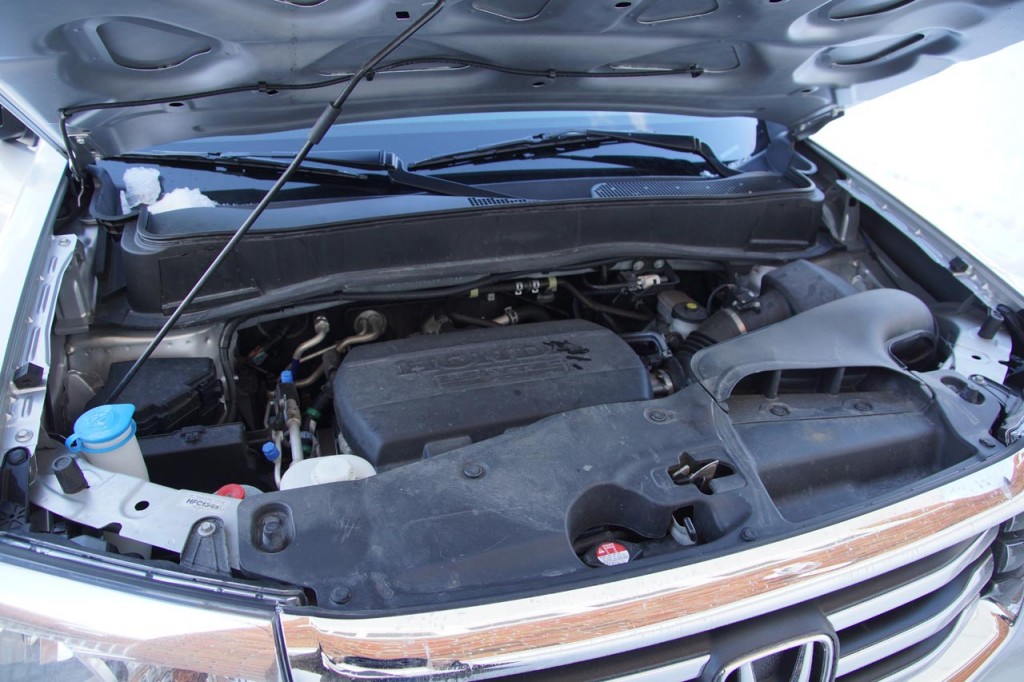 The 3.5L V6 engine is very refined and an audible pleasure. It revs to the reds with a smile even though power is not its strongest point. With the active ECO mode, fuel economy is acceptable and a bit better than the CX-9, as at 13.4lt/100km of regular unleaded combined it is within class average. 0-100km/h comes in 8.2 seconds and overall the engine pulls well from low to revs with no cluttering ever appearing.

The brake pedal feels like there is quite some sponge behind it, early on a cold morning it could even feel like memory foam till it settles. At least the brakes do work well and from 100km/h the vehicle came to a complete stop in 47m equipped with winter tires.

If a large SUV is what you are after and Honda reliability must be one of the features you may be happy owning a Pilot. I wouldn’t recommend one as it is reaching the end of its life and the next gen is on its way, but if you were to buy one, I wouldn’t try to talk you out of it either. 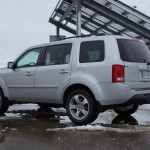 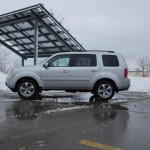 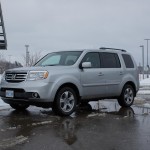 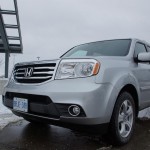 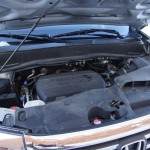 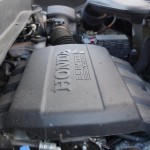 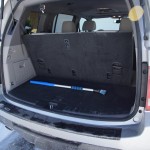 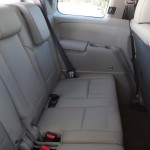 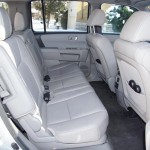 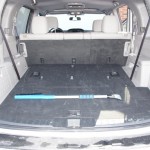 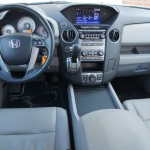 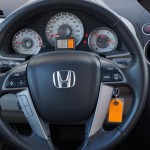 It shows its age
Competitors are better to drive
Interior

If 8 seats are not enough to lure you towards getting one then nothing is.

Not for you? Have a look here!
8-SeaterLarge SUV