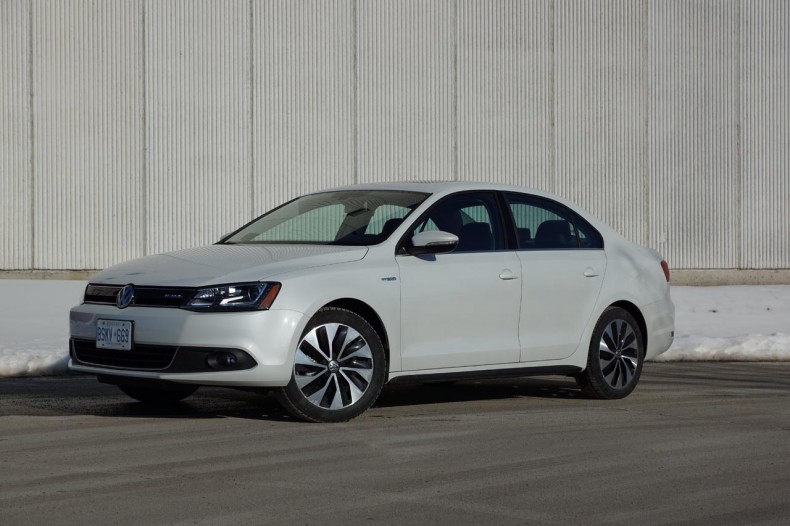 Most European manufacturers started downsizing their engines couple of years ago due to the rise in fuel prices. Of course, they also had to stick a turbo on the new tiny engines so that horsepower and torque remained good enough for decent performance. On the other side of the world, in Japan, manufacturers started developing hybrid solutions by combining Atkinson cycle internal combustion engines with electric motors. Never till today though, have we seen a product that comes with the best of both worlds. 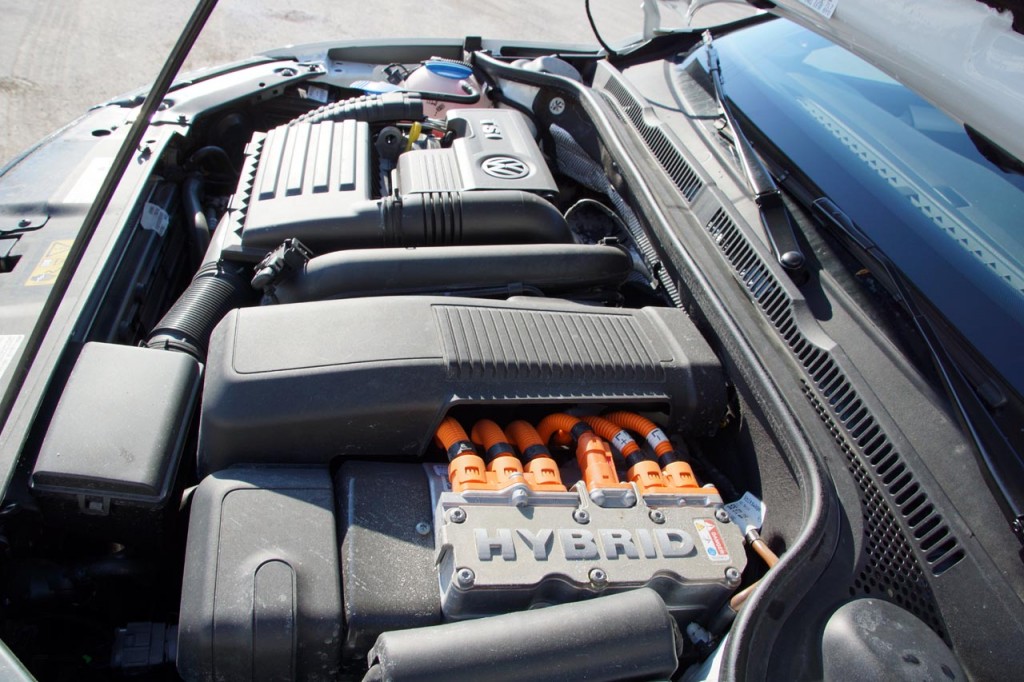 The 2014 VW Jetta Hybrid looks very similar to the Jetta GLi, but under the hood, there are two engines and in the trunk there are a few batteries. The 1.4L TSI engine is good for 150hp and 184lb-ft and in co-operation with the 27hp electric motor the combined total is 170 hp; 30 more than the clean diesel TDI. Prices start at $28,490 and go all the way up to $35,300 for the Highline like our tester. Equipment-wise you get climate control, key-less entry, sunroof, an awesome Fender sound system, navigation, full set of airbags, stability and cruise control, leather seats, heated front seats with power adjustments, Bluetooth connectivity, Bi-xenon headlights with LED day lights that also follow the steering direction (AFS). 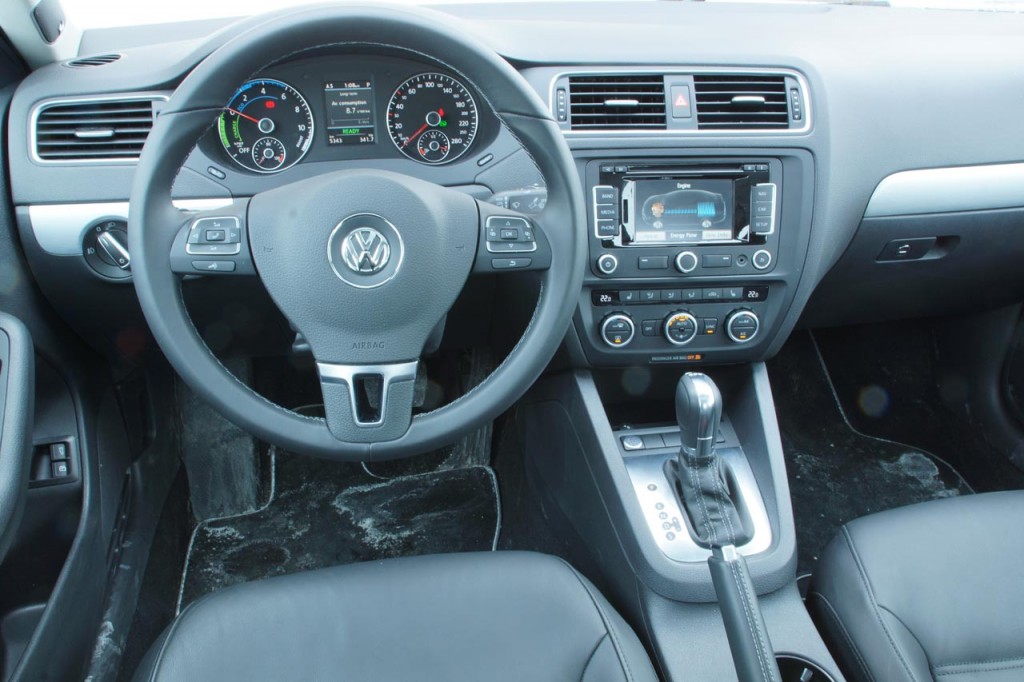 The interior has no major changes apart from the rev counter and the smaller trunk. The rev counter now displays power and guides the driver on how to operate the vehicle efficiently. This works great until you switch the awesome 7-speed DSG gearbox to manual mode cause then you have no idea when to change gear.

The hybrid drivetrain is one of the most refined systems I have experienced so far. You can feel the gas engine kick in but it’s more in an informative rather than annoying way. At a standstill, the gas motor is instantly put to sleep and can wake-up equally fast to get you going again. Performance is really good for a hybrid, as 0-100km/h comes in 8.4 seconds and at all times, the motor duet has plenty of power to offer. Fuel efficiency is not mind-blowing, I am assuming that since this is the GTi of hybrids it was never indented to be, but at 7.9lt/100km, it is lower than the TSI Jetta that offers similar power. The DSG gearbox is very smooth in fully automatic mode and blazing fast in manual mode. Shift quickness is addictive, but once again the ‘+’ and ‘–’ are upside-down. 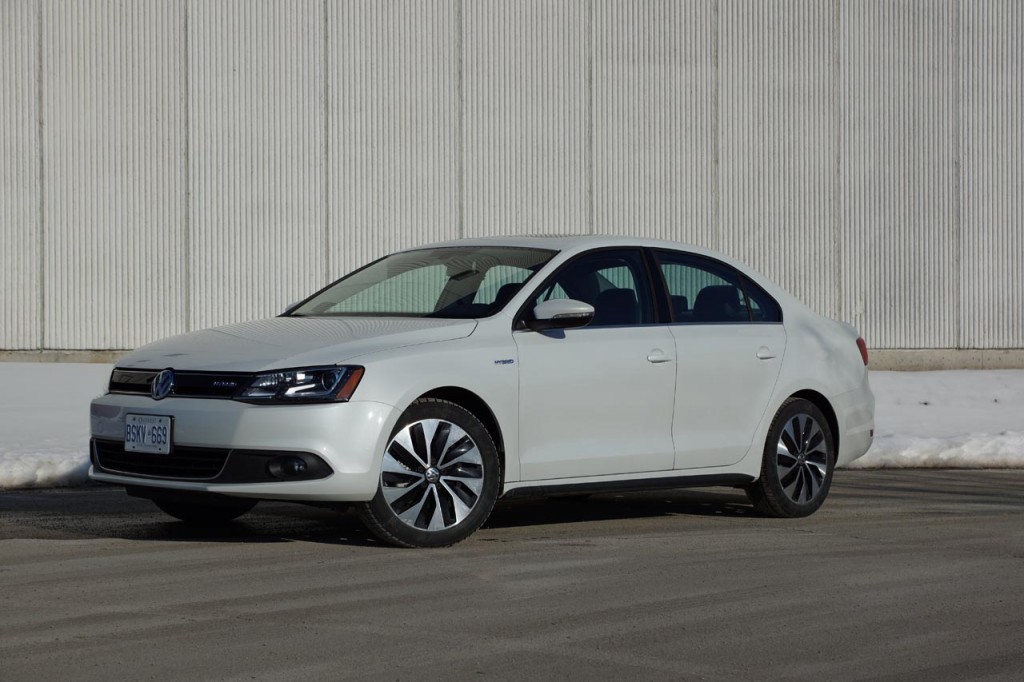 On the road it is very comfortable, the all-around independent suspension works well and the electromechanical speed-sensitive power steering feels crisp and has good weight to it. Handling is identical to the TSI version which is very good news as the extra weight of the EV system has not impacted the driving dynamics.

The brake pedal requires some getting used to, as its operation is anything but linear. There is an initial bite that applies a couple of hundred newton meters of brake force but then to add even more you need to push your way through quite a lot of sponge. Braking force was good, as from 100km/h it came to a complete stop in 46m on winter tires.

The 2014 Jetta, as we also noted in our TSI review is one of the smoothest and most refined compact sedans on the market. The hybrid drivetrain makes it even quieter and smoother which is impressive as at the same time it feels like the GTi of hybrids. While its “green skills” are not the main reason you should buy one for, the quality feel of the whole package is a damn good reason to do so. 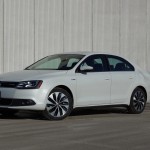 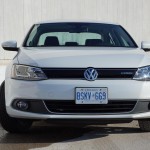 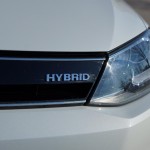 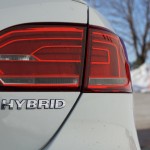 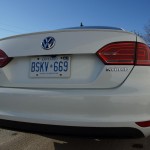 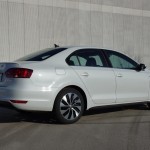 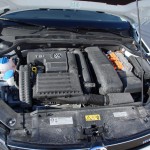 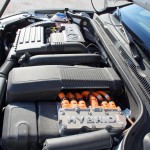 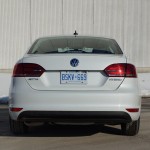 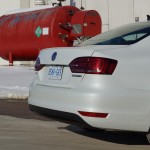 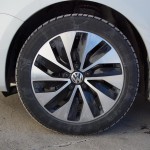 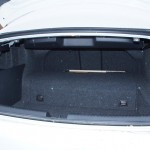 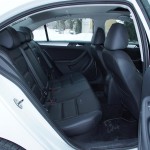 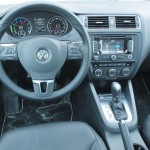 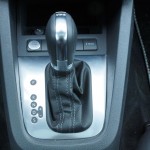 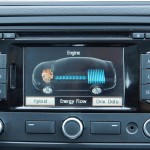 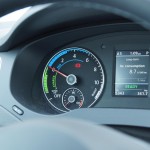 Turbo Hybrid. I couldn't have been anything but great. And pricey.

Not for you? Have a look here!
Compact Sedan

2015 Acura ILX Dynamic
Check this out