In the early 1970’s, some VW customers wanted a sports/rally beetle to be made but their request was denied by Mr.Nordhoff and Mr.Lotz. It wasn’t until Christmas of 1972 when Mr.Leiding said “let’s produce a limited amount of special cars”. The result was the “Gelb-Schwarzer Renner” or in English; “Yellow-Black Racer”.

As a base the 1303S Beetle was used; the most evolved version at the time. It had MacPherson front-suspension, disc-brakes at the front, a 1600cc engine and long-ratio gearing. The GSR got striking yellow paint, but the front-hood, back-lid, vent-window frames, trim, and bumpers were black. Furthermore the GSR was even fitted with wide sport 15” wheels! In total 3500 GSR’s were produced, solely for the German market. Now, 30 plus years later you can get your very own GSR, right here in North America! 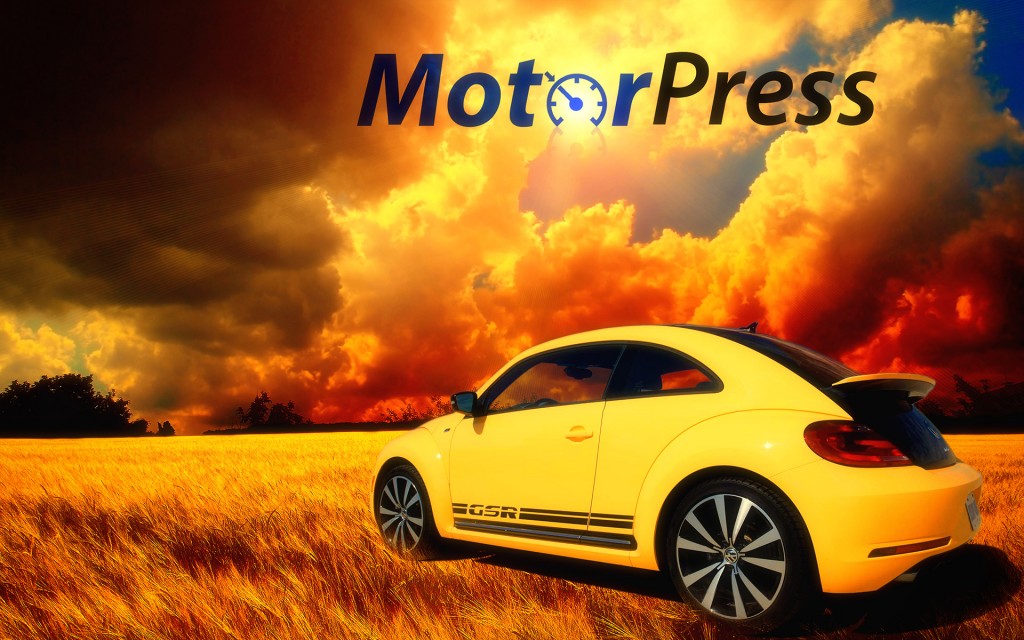 “Note: A Sportsbug was available for the U.S.-market (see GSR pictures diectory). It had the same striking yellow-paint, but the front-hood and the back-lid were painted yellow just like the rest of the car.”

It is the new “New Beetle” (2nd gen) and it is based on the Turbo version that shares most of its parts with the Golf GTi, but on top of that, it has lots of R-line elements and the GSR package on top of that.

Once again, only 3500 units will be produced and to put one on your driveway, you will need to spend $33,635 while adding the DSG gearbox and the technology package raises the price to $36,125, which is precisely what our tester was going for. 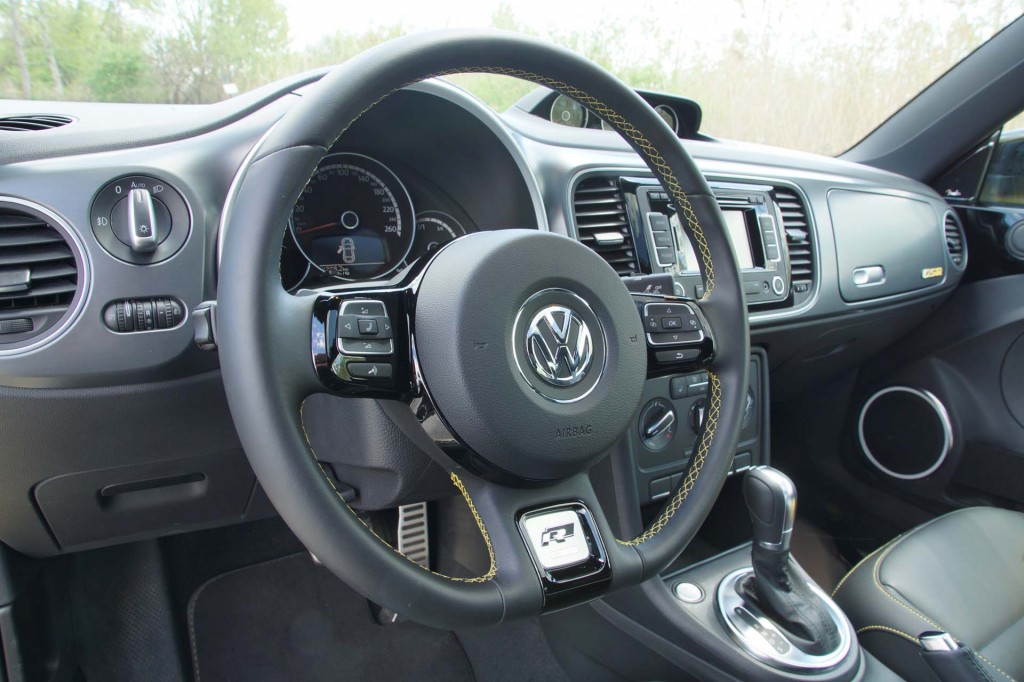 Assembled in Puebla, Mexico, the second generation New Beetle is better built, better to drive and much nicer to look at compared to the first attempt. The design lines are cleaner, sharper and the new car has a more appealing stance. It may still be more desirable amongst women, but the GSR tries to set itself apart and get noticed by the boys.

Inside the eccentric cabin, the polished trim bits try to simulate the painted bare metal surfaces of the classic beetle while the dash looks like the modern version of the classic too. The instrument cluster and top glove compartment are the most characteristic vintage elements found throughout the cabin, till you notice the “holly shit” handles in the back that are loop-handles just like in the classic. To make your drive exciting, there is a trio of gauges on the top of the dash that show you the oil temp, turbo boost and a stopwatch for keeping track of your lap times.

Unfortunately, the materials used inside are as sophisticated as they were in the classic. They are all hard plastic with pointy joints, not very impressive once you start feeling them out. Fit and finish could have also been better. The bright side is that the simple design brings great ergonomics and the driving position is well suited to the car. The seats are excellent and the two lucky ones in the front have a very airy and fun environment to settle in. The rear seats are mostly there for kids, pets or bags. Try to fit an adult back there and be prepared to hear some R-rated words in return. At least the trunk is a descent size (310L) and you can fold those otherwise useless seats to create even more space. 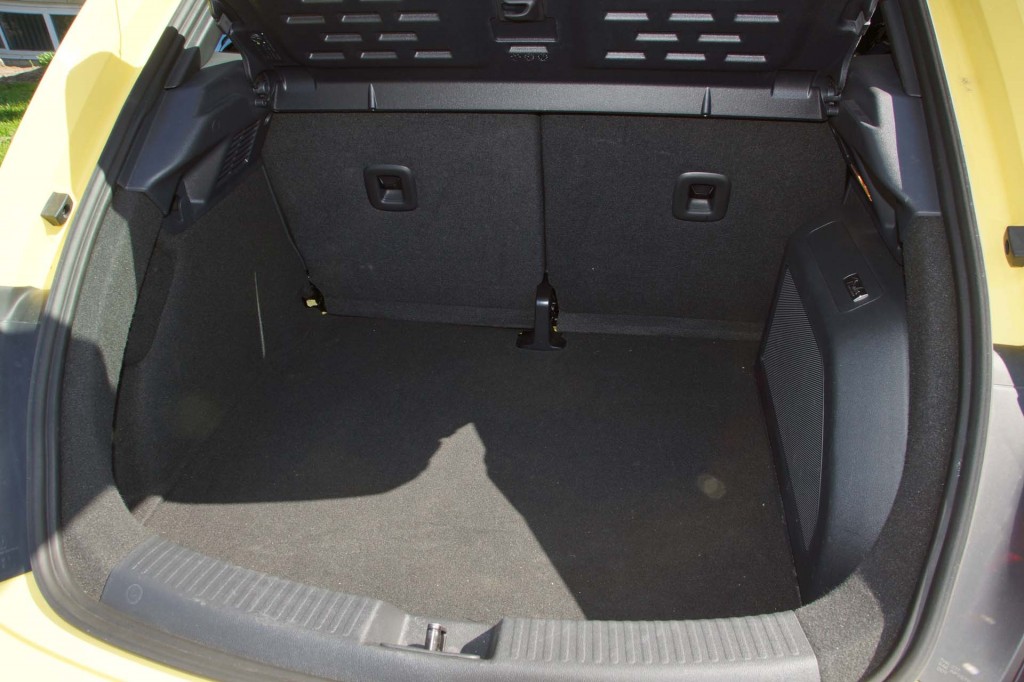 Don’t go opening the hood and expect to find space for eggs and milk, cause under this hood is the 2.0TSI 4-cylinder engine that outputs more than 4 times the power of the classic (50HP). At 210 HP and 207 lb-ft of torque, it is more than capable to make this little car a “Renner” for real! Weighing a mere 1422kg, the awesome 6-speed DSG transmission can get this bug to 100km/h in just 6.7” but with a drag coefficient of 0.37, top speed is rather lower than expected. But so is fuel consumption; it may require premium unleaded but on our led foot week it used an average of 9.9lt/100km that is not bad at all! 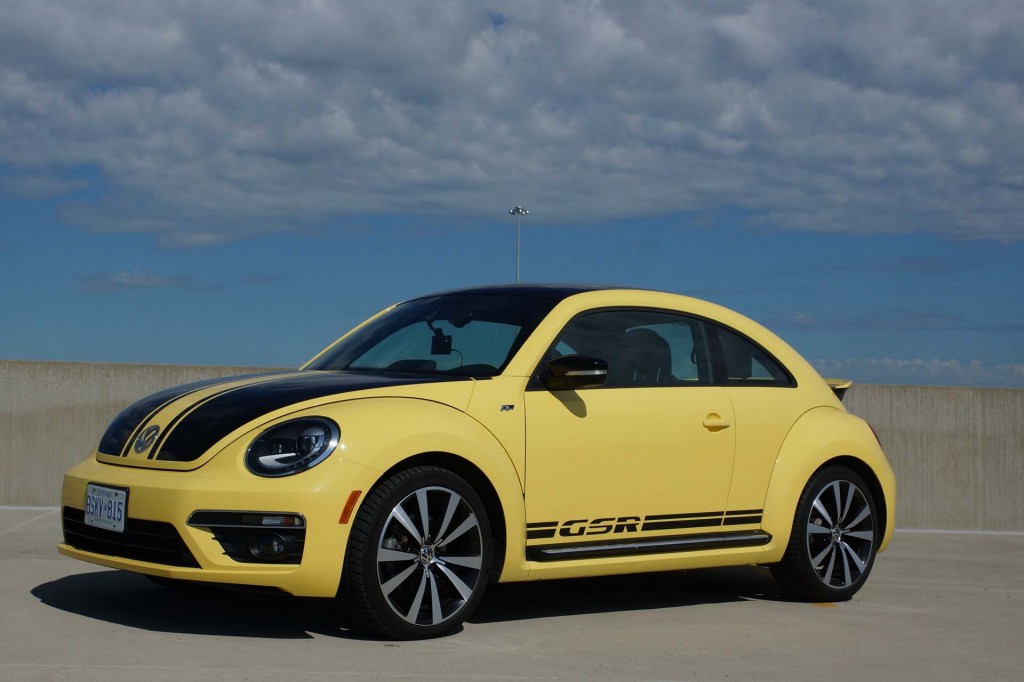 When a hot hatch has “sport suspension”, it usually means that you’ll be swallowing your tooth fillings every time you hit a bump. But this one actually feels like it does have some suspension fitted. Over rough tarmac it tries to absorb the impact and for a sporty little car the end result is rather good. The higher the speed the smoother it gets, so drive it like it was meant to be driven for best results. The steering feels a little slow but probably because our tester was still on winter tires. On the other hand, the brake pedal felt sticky and spongy with no excuses available. At least the brakes performed really well in our 100-0km/h test as 40m was all it took to complete the stop. The paddle shifters are perfect for the occasion and make up for the other two. Great seat, great engine, great gearbox an amazing XDS differential and yes, this little racer can go around corners with poise, speed and confidence. The stability control is always on, so having too much fun is not allowed but in general having a blast in this insect of a car is achieved by definition. Also note, there is a sound generator under the hood that produces the sound of a boxer engine, trying to make you feel like you are in the classic from the 70’s. 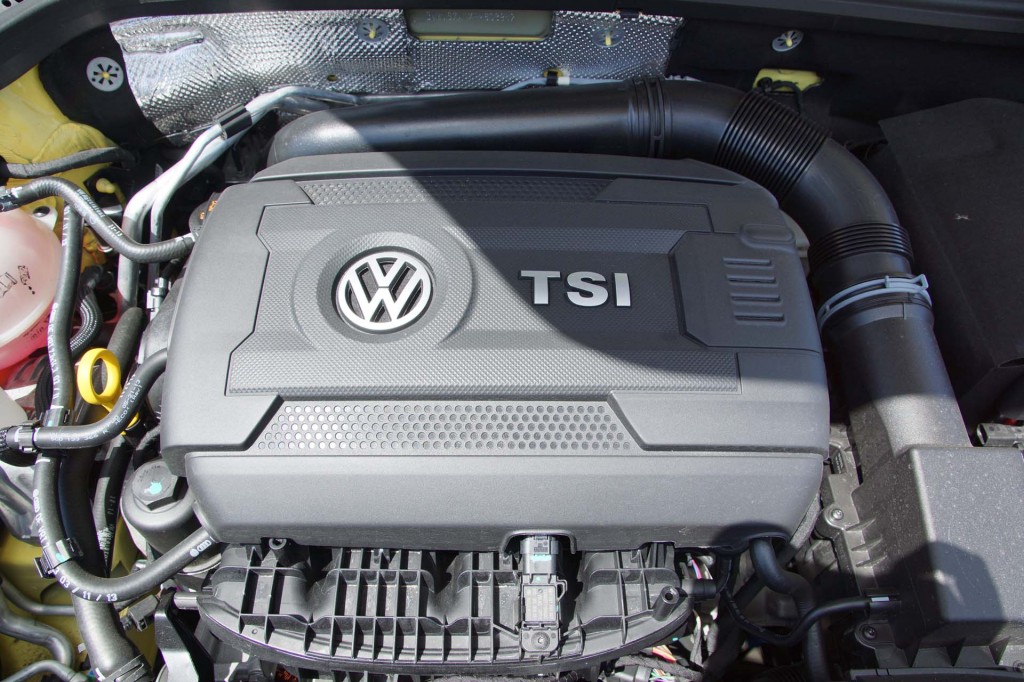 Back in the day, the main reason for buying a beetle was because it was affordable. Today, the sole reason to buy one is because you want one. The GSR especially is kind of pricey and as a car I would probably recommend getting the more practical Golf GTi it is based on. It might indeed become a classic some day and retain or increase its value making it worth buying but till then the choice is yours. 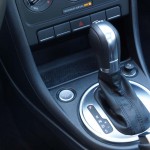 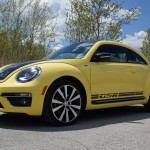 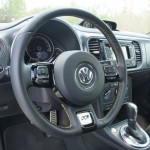 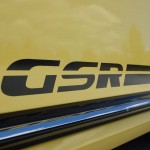 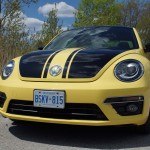 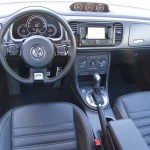 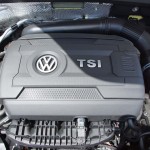 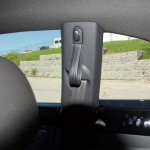 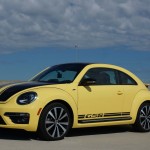 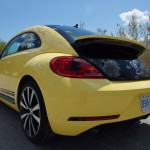 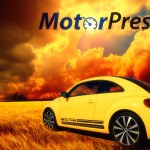 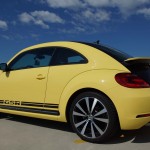 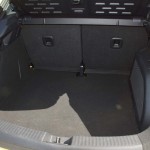 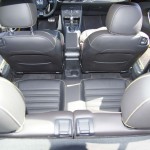 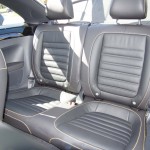 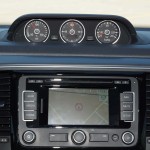 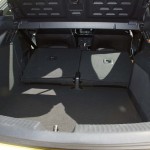 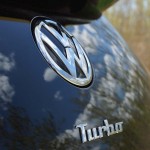 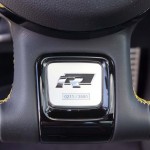 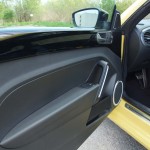 Fun to drive
Eccentric looks
Might become a collectors item

Superbly fun to drive and very capable or turning heads but the only real reason to buy one is because you want to.

Not for you? Have a look here!
Hot-Hatch