In Europe, they say that you can only consider yourself a true automotive enthusiast once you have owned an Italian car, and more specifically, an Alfa Romeo.

It is based on the Alfa Romeo Giulietta and what we will try to figure out today is if the Dart can become the portal from which automotive enthusiasts will spawn out. 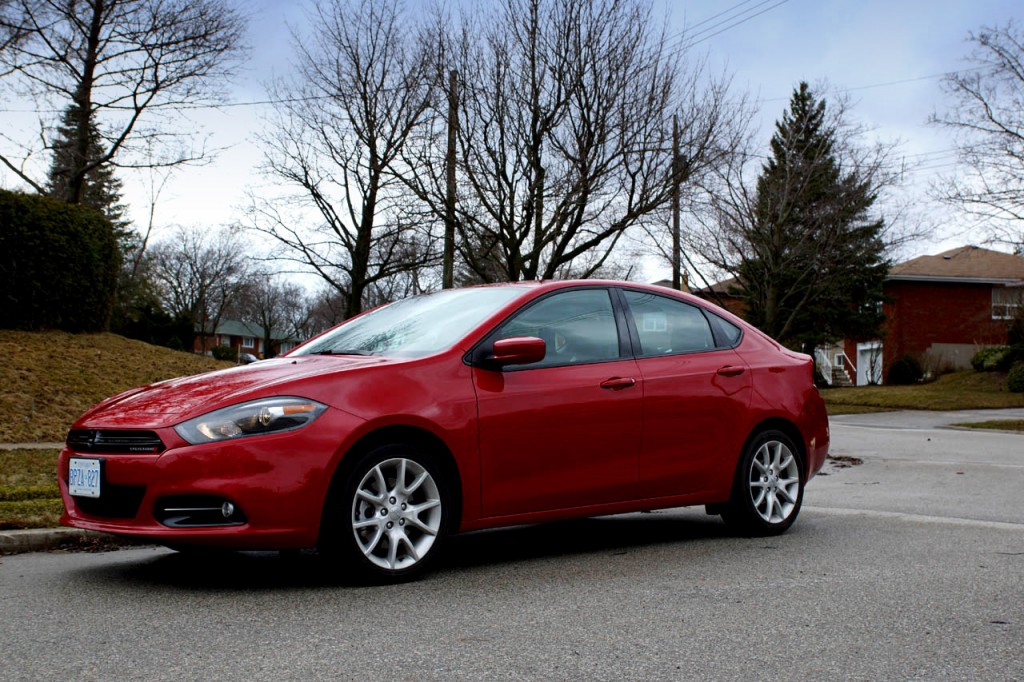 The Dart is a whole foot longer than the Giulietta and nearly 200lbs heavier. It is available with same 1.4lt MultiAir turbo engine but the base version comes with a 2.0lt TigerShark™ VVT, which punches out 160bhp which is exactly the same as the little turbo option. Being naturally aspirated though it packs less torque which at 148lb-ft is 36lb-ft less than the turbo. The engine line-up finally includes a 2.4lt TigerShark™ with MultiAir technology that boosts out 184bhp and 171lb-ft of torque.

The SE is the base trim level and only comes with the 2.0lt TigerShark™ engine and prices start at $15,995. Stepping up from the SE is the SXT, which we are driving today that starts at $17,559.00. Other available trim levels are the Rallye, Aero, Limited and GT.

The Dodge Dart is no doubt one of the meanest and adrenaline pumping – thrilling-to-look-at compact sedans. I struggle much to remember the previous compact sedan that stood out this much. The front looks like you are getting some serious cut-eye, while the rear racetrack inspired lights and dual exhausts help compose a sporty looking car. Add the crosshair grill to it, and yes, it is a Dodge. 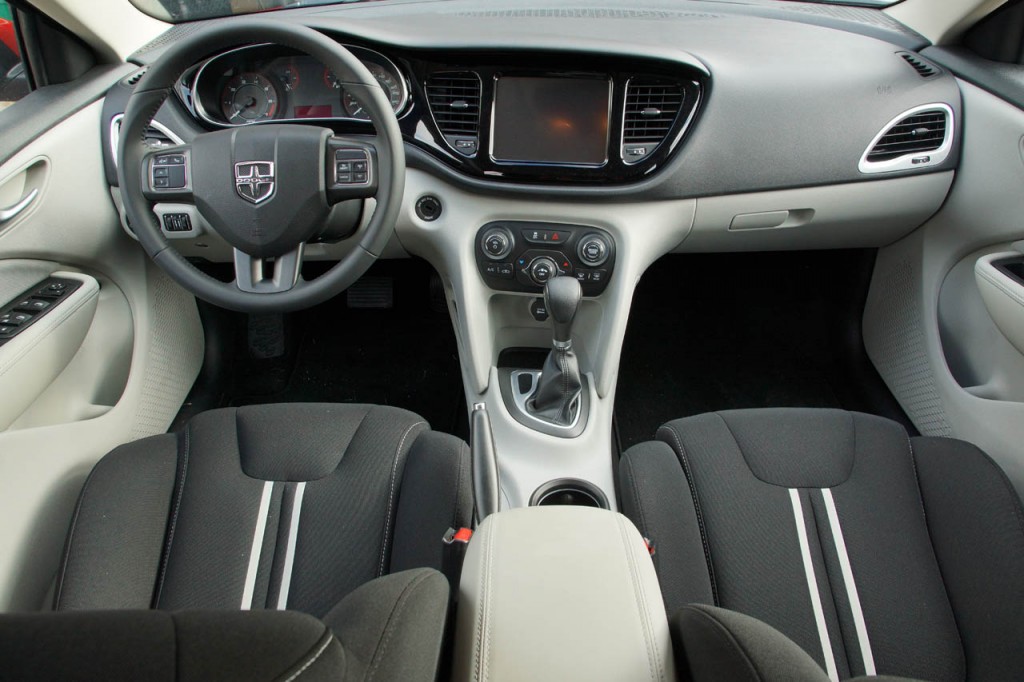 The interior thankfully continues to pleasantly surprise with its unique aggressive styling. The dashboard is trimmed in a piano black shiny finish and soft-to-the-touch material is used for the upper parts. The center console hosts a massive 8.4” touchscreen from where one can control almost every convenience feature. For the more tech-savvy people out there, options to control things like door locks and follow me home lights delay are a plus. A very cool feature is the electric red illumination around the piano black trim and a white glowing strip around the cup holders. Details such as back-illuminated buttons for the gas cap and trunk release are very thoughtful as can be easily found in the dark. The only visible finishing problem is found right in front of the gear lever where the dashboard meets the centre console as tiny little gaps are noticed.

The cabin unfortunately discriminates against passengers in the rear as the width will only allow two occupants and a Chihuahua and there is not much head or legroom either. The front passengers on the other hand are snuggled by the very comfy and supporting seats and have plenty of room to settle in. The ideal driving position is easy to find as the seat can be adjusted in every way. The trunk offers generous capacity (370lt), a wide opening and a low profile for loading stuff easier. The rear seats can also be folded to create even more space. There are plenty of storage compartments throughout the cabin but the coolest one is beneath the front passenger’s bum. Ergonomics would score high as the minimal number of buttons have been used and placed properly but the operation of the Uconnect touchscreen does need a bit getting used to and the controls for the windscreen wipers could have been left in place on the right of the steering column. 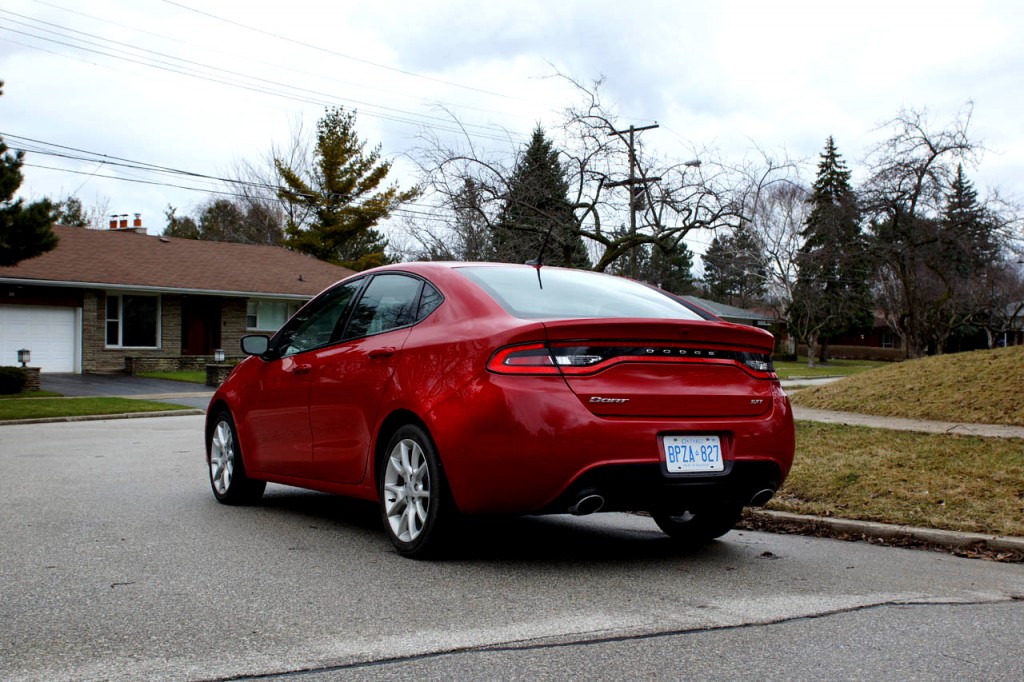 Forward visibility is great but to the rear, the small side mirrors and thick pillars compromise swift lane changes till you find your way to look around. When it comes to manoeuvring and parking it’s not a problem thanks to the fantastic rear view camera and tight turning circle.

The 2.0lt TigerShark™ VVT power plant at first feels somewhat under powered, but you soon realize that if you work it hard enough, it can feel lively and remains smooth throughout the rev band. It lacks pulling power at lower revs and you might find yourself struggling to keep up the speed especially when loaded near gross weight. On the other hand, it does deliver good fuel economy and only requires regular unleaded. During our test, we actually met the claimed city rating at 8.6lt/100km but on the highway we couldn’t match it as instead of 5.8, the best we could do was 7.4lt/100km. Throttle response is good and things become a lot better when the parochial 6-speed automatic transmission is operated in sequential mode. The bassy soundtrack produced by the twin exhausts is cool when heard from outside the car but unfortunately sounds a bit bland inside due to the cabin’s sound proofing.

I strongly believe that given the Dart’s spirited character, the 1.4lt MultiAir turbo with the 6-speed manual is what you should go for. The extra torque and nicer noise suit better the very competent Dart.

Just as the Giulietta, the Dart uses front and rear independent suspension. MacPherson struts in the front and multilink suspension in the rear. Unlike other manufacturers (e.g VW Jetta) the Dodge Dart kept its European layout and the result of not cheaping out on suspension is that the Dart handles like a dream. The steering is by far best in class as it responds instantly to any directional input given and feedback is crisp and informative ahead of time as per how the 225/45/17 Kuhmo Solus KH25 tires are doing. The Dart corners almost flat and has very high traction limits. Passed its limits, it progressively understeers as the rear remains unwavering on track. The stability control will very rarely interfere, and if it ever does, it means you are trying too hard to crash.

The ride is balanced and packs plenty of finesse as the Dart glides over pot-holes and rough tarmac. The suspension is quiet enough and will keep the passengers happy the majority of time. At longer journeys, the only annoying thing might be some aerodynamic noises coming from the side mirrors.

The brakes feel strong and are capable of bringing the chubby Dart to a complete stop in rather short distances and will take some beating till brake fade starts to appear. The pedal is light and brake force is applied from the very first touch so some practice will be required before you master your full-stops again.

Overall, even at $23,500 as tested, the Dodge Dart is by far the best car to drive in the compact sedan class and its looks stand out in the crowd. It lacks the space and practicality of some, but overall brings back the joy of driving to the segment which is why the Dart is awarded with our editor’s choice. 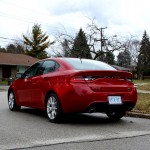 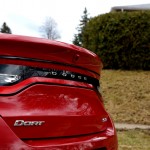 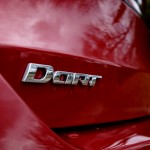 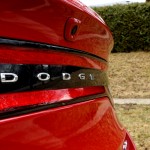 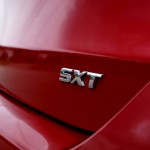 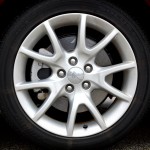 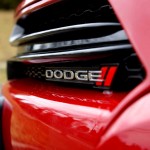 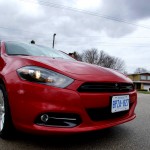 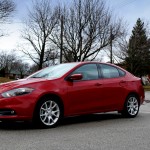 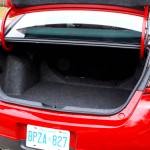 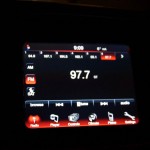 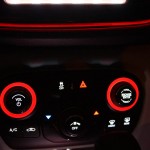 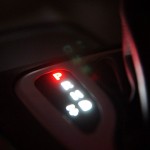 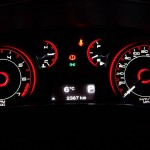 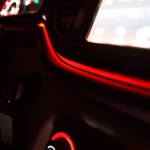 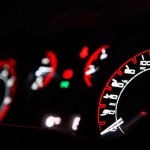 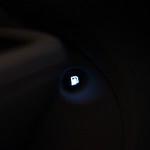 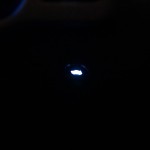 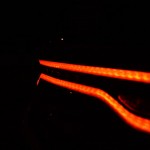 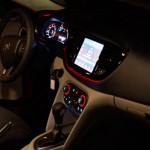 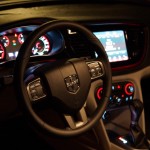 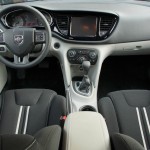 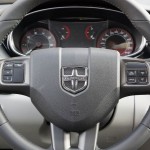 What a great car compared to the Avenger!

Not for you? Have a look here!
Compact Sedan

2015 Acura ILX Dynamic
Check this out